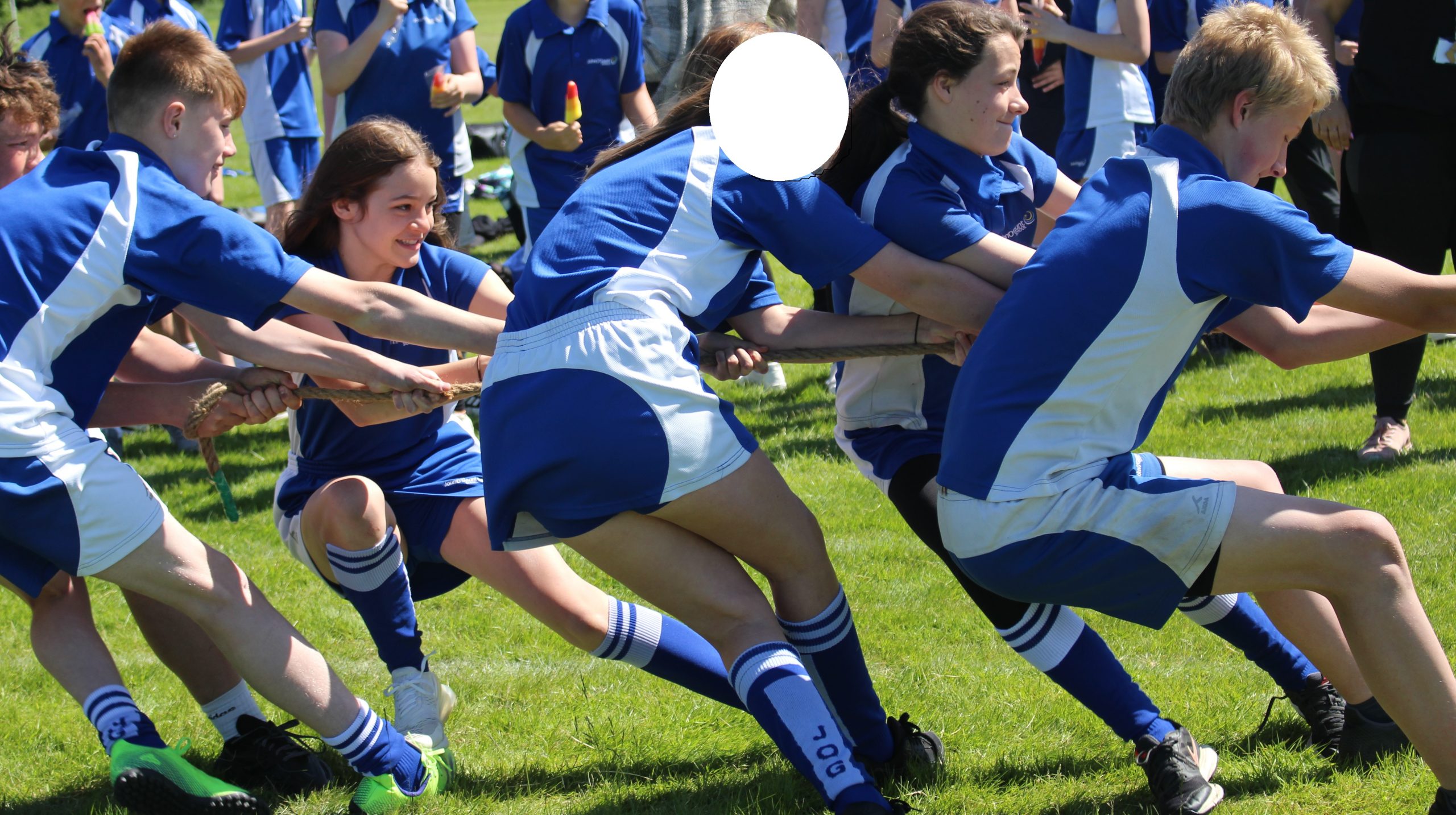 Sarah2022-06-09T12:57:27+01:00
Jubilee celebrations at JOG took on a spirited, suitably vintage feel that included everyone, in an inspired idea from the inventive Student Leadership Group.
A whole school picnic on our lovely playing field was followed by a ‘Traditional Sports Day’.  Both staff and students competed against each other in events including skipping, 3-legged, sack, and egg-and-spoon races – and were hotly contested, with early leaders ending up on the floor and steadier contestants winning! But the real and much anticipated competition came with the staff v’s students’ Tug O’War. Much fun was had, and there was plenty of sporting camaraderie, encouragement & laughter. Organisers Mr McKevitt and Ms Arden-Hunt were declared the ‘absolute legends’ that they are – especially when the ice-lollies (provided by the PSA) came out. Good sports all, and an afternoon to remember! 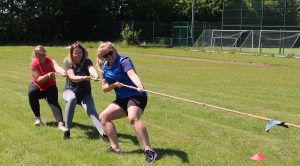 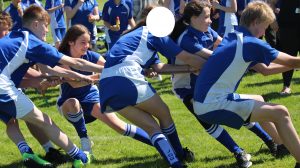 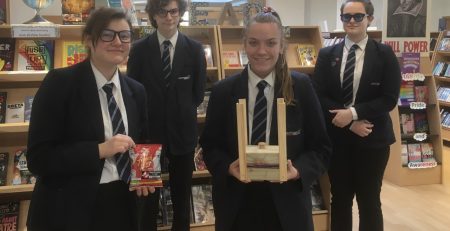 Eco-aware students at John O’Gaunt School in Hungerford are pioneering a new crisp packet stacker, invented by a school parent, in... read more 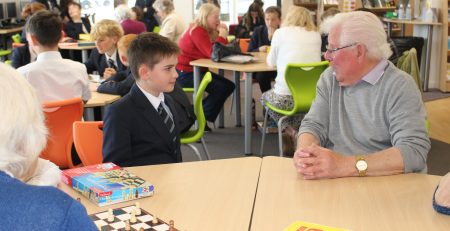 Back to School for Senior Citizens!

Guests from Hungerford's senior community were invited 'back to school' last week, in a revival of John O'Gaunt's All... read more 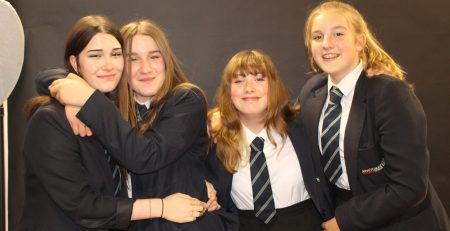 Fun, warmth and celebration at this unique community school 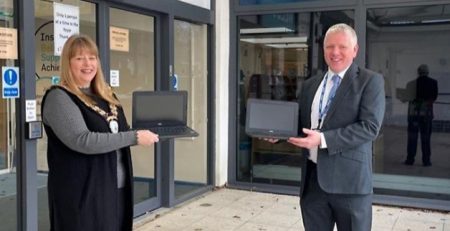 The Head of John O'Gaunt School has praised the town's community spirit after 83 new laptops were secured for... read more 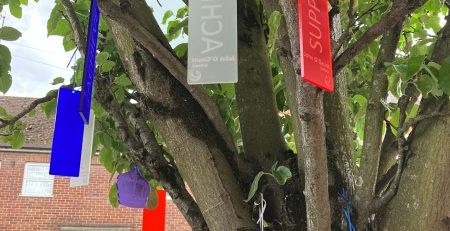 Joining in the community celebrations with our decorated JOG jubilee tree:         read more

Gold stars for teachers, much appreciated!

JOG staff overwhelmed at response to their live, interactive, online teaching provision as they adapt to the pandemic.  Read... read more

We had an astonishing 148 entries for this competition – and wow they were good! Whole stories, whole worlds... read more 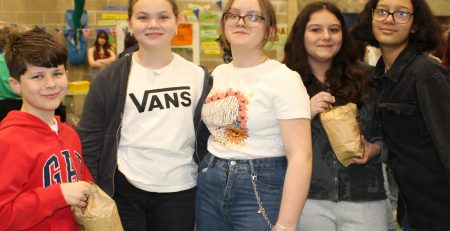 Students dug deep into their resources, imagination and pockets in a Spring Fair Event to raise money for the... read more 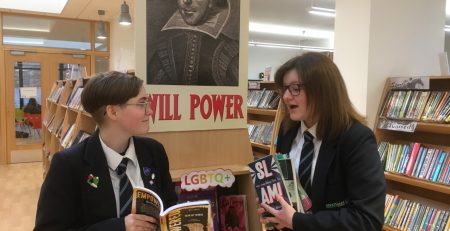 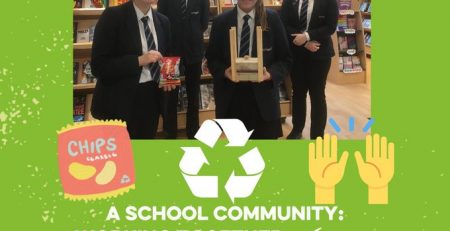 Eco Club Committee were delighted to get recognition from Eco Schools England for a project to recycle difficult everyday... read more